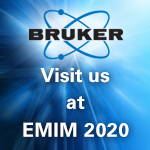 COMULIS (Correlated Multimodal Imaging in Life Sciences) is an EU-funded COST Action that aims at fueling urgently needed collaborations in the field of correlated multimodal imaging (CMI), promoting and disseminating its benefits through showcase pipelines, and paving the way for its technological advancement and implementation as a versatile tool in biological and preclinical research - www.comulis.eu.

Abstract/Video opens by clicking at the talk title.